Posted by Sunlight Sunshine on Wednesday, July 27, 2011 Under: Cyprus cats
Yesterday I was at work and I saw a little kitty to go to the food. I went outside to check her and I saw he is blind. His eyes were infected, closed, so he could not see anything. I went for I drop and slowly went to the kitty. I had good luck, because he could not see me I could catch him and put eye drop. After ten minutes a kitty was still there, so I went again to put eye drop. I was surprised, he was afraid but he let himself to touch, so I could put the medicine for her eyes. 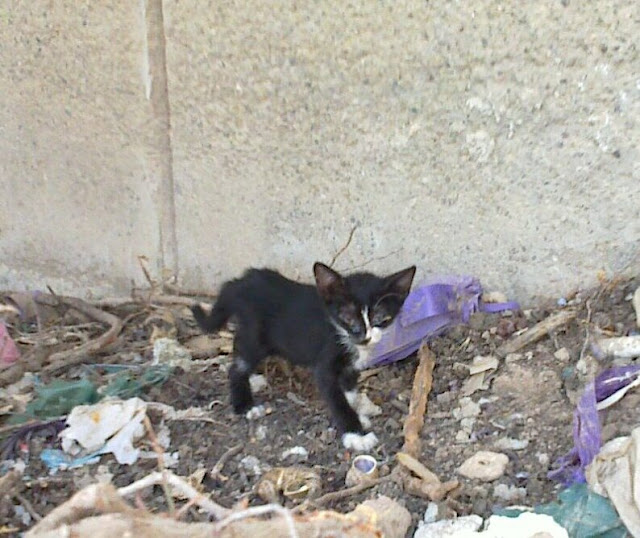 You can see, his eyes is a lot better. Both of them are open, he again can see.
Sometimes this little help can save their life.
He ate and he left.
Today in the afternoon my husband called me outside. He saw a cat to go to the food. She was small and very slow. First I thought she was just careful, but how I went to see her, I saw she had the same infection, like the yesterday one. So I went for the eye drop and put for her. Her eyes were a lot more bad than the yesterday kitty's, but after the cleaning and a medicine she was able to see for both of the eye. 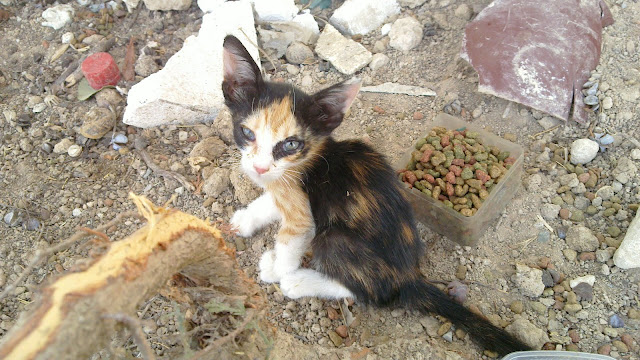 Half an hour passed and the yesterday kitty arrived. He came to me how I called him, so I put for him eye drop, too.
And after half an hour I was surprised. More one kitty came, and his eyes were sick, too. My husband smiled and told me they called each other. Of course a third kitty got eye drop, too.
And came the mother. She came to eat the last few days, I did not know she has kitties. Looks like she decided to bring to me the kitties. And how good she did. Without the medicine the kitties could loose their eyes. At least I saved it. 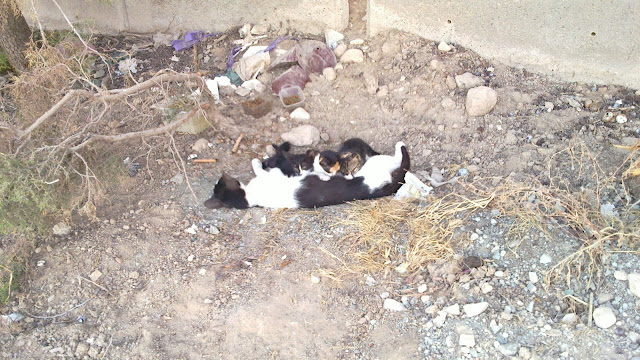